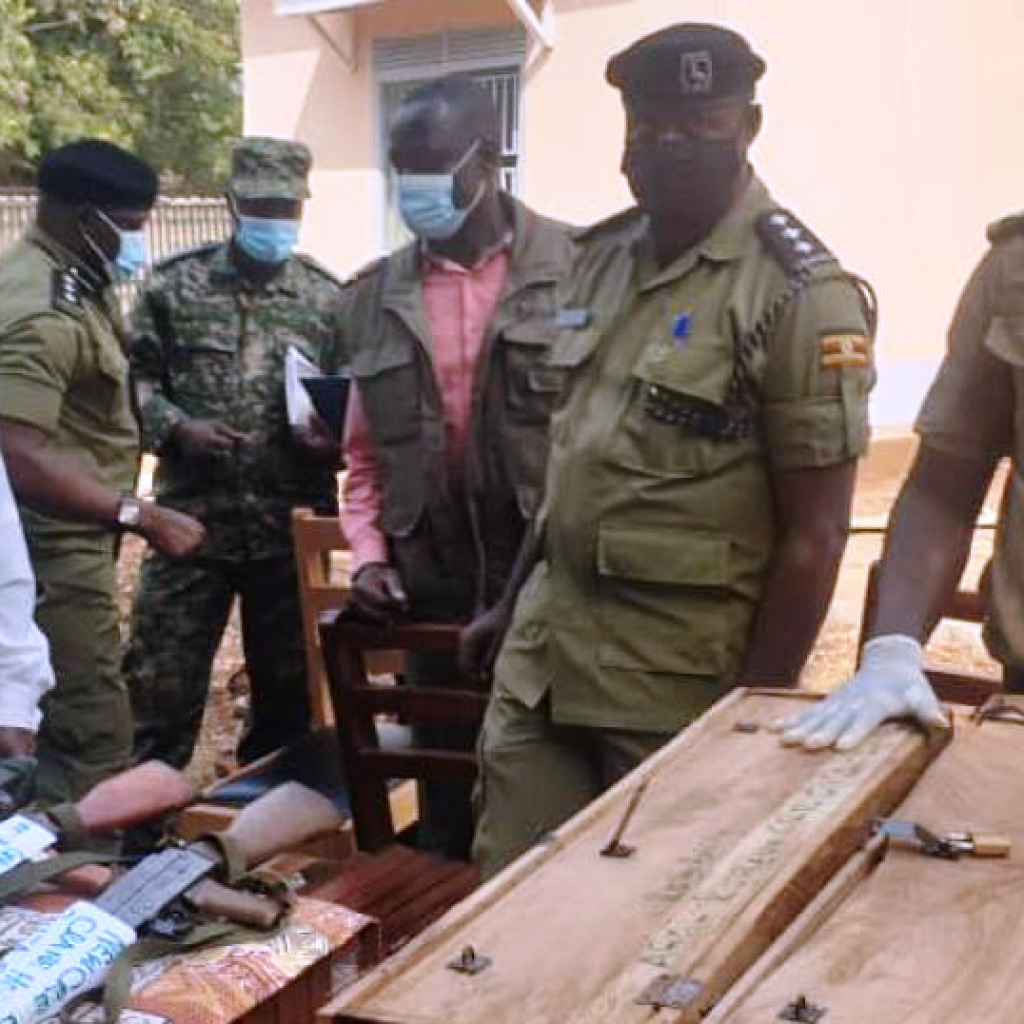 Police officers display exhibits before the press at the Kiira regional police headquarters on Wednesday.

The Police in Kiira region on Wednesday recovered three guns and 44 rounds of live ammunition, from suspected armed robbers, who have been terrorizing residents in Jinja City and the surrounding areas.

The guns were recovered from Buwekula Ward, in Northern Division following a series of joint operations led by the Chieftaincy of Military Intelligence-CMI, flying squad, and crime intelligence officers attached to Kiira region territorial policing area.

The recovery follows the arrest of Lance Corporal, John Nabinoli, the Gaddafi barracks weapons instructor, who confessed to having masterminded six murders and armed robbery incidents within Jinja city for the past two years.

A detective privy with the investigations told URN on condition of anonymity that, Nabinoli provided them with a list of accomplices and information on how they lay out syndicated plans to attack their targets.

They also arrested, Cleophas Owamaani, a police officer attached to Kiira region, whom they accused of not only liaising with the other prime suspects to successfully execute armed robberies but also stealing evidence, which frustrated investigations.

The other two prime suspects who include; Sadat Tigatola and Stephen Opio, are being detained at Nalufenya police station, awaiting prosecution.

Police also impounded four motorcycles and recovered a Toyota Mark 2 registration number, UAQ 644N, which was being used to transport the criminals to different areas throughout Kiira policing area and beyond.

The Kiira Regional Police Spokesperson, James Mubi, says that four motorcyclists and five other suspects, whose identities have been withheld are detained at Nalufenya Police Station.

Mubi further says that they also recovered machetes and gun oil. He adds that a team of security personnel is boosting efforts of hunting down other suspects, who are still at large.